“I’ve always had the dream to show there can be quality ice out there.”

It could be the most Canadian invention ever: a miniaturized, do-it-yourself ice resurfacing machine.

Made with backyard rink hobbyists and small communities that can’t afford full-sized ice resurfacing machines in mind, Chris Yenna’s creation is a compact, portable version of the ice cleaner we’re accustomed to seeing at NHL-sized rinks. 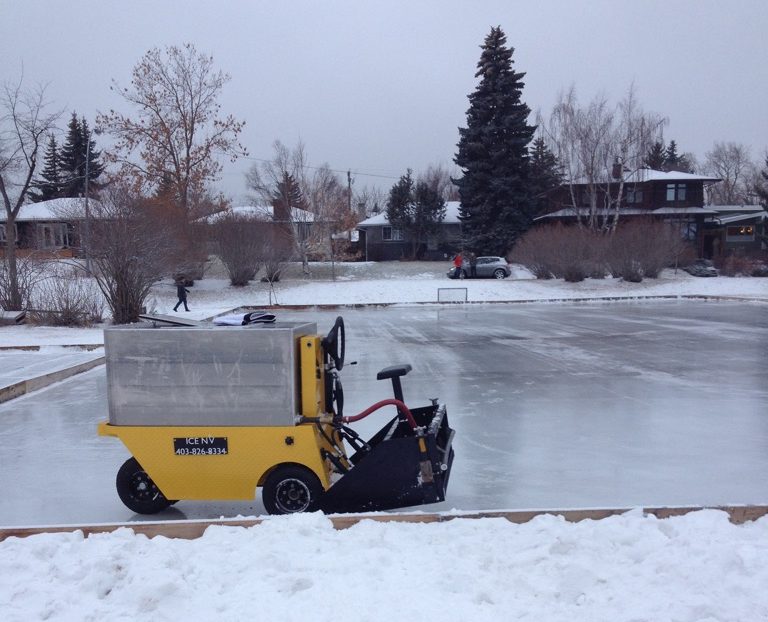 “The end result is the same,” the Calgary entrepreneur told Metro. “I just basically made everything smaller.”

While even relatively simple ice cleaners can run you $10,000 or more, Yenna said his ‘Ice NV’ portable ice resurfacer would cost significantly less than the big, traditional ice cleaners, which retail around $100,000.

He was hesitant to quote prices, with his creation still in the prototype stage. “I just kind of Frankensteined it,” he said. “I didn’t prepare myself for this [attention] in the beginning.”

No stranger to the outdoor ice game, the Facebook page for his creation, Porta Ice Ltd., proclaims he has “15+ years of ice maintenance experience and has installed and maintained portable ice rinks in over 40 countries and 5 continents worldwide.”

“I’ve always had the dream,” said Yenna, “to show there can be quality ice out there.”